Wargaming has just announced that World of Warships will introduce French ships with its next update. France will be the 6th nation to set sail in Wargaming's free to play naval MMO. It will feature a full line of cruisers.

Very little is known so far, but stay tuned. More information will be released during the upcoming weeks. 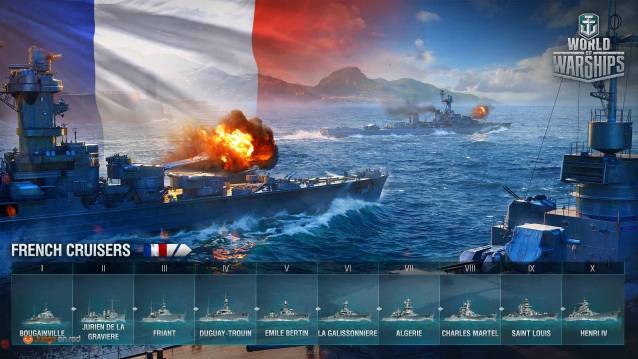